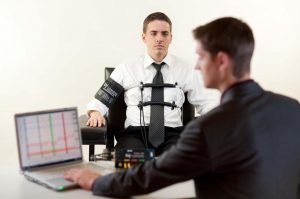 So you’re looking for an entertainer for your next event; you’ve done the google searches, narrowed down some results, but still trying hard to make the right decision? I’m providing you with this blog post to give you a few things to look out for, and or be cautious about when hiring an entertainer.

The term “Professional” can be falsely adopted by anyone these days. A seasoned entertainer claiming to be a magician who is a pro, should be able to smoothly entertain an audience with their abilities, and not just be some individual who can stand in front of a group of people and do a few recently acquired tricks. The entertainer should be polished, organized, dressed appropriately, and be comfortable in the role of “the entertainer”. These days, I’m finding a lot of so called “magicians” are nothing more than a person who picked up a few magic tricks at the local trick shop, and then decided to chime into the market and make some quick cash doing these tricks at events. These individuals are NOT professionals…as a matter of fact, they give us hard working professionals a horrible reputation. They often show up at an event, perform a disappointing show, and in turn, discourage that client and anyone who attended from ever wanting to hire another magician ever again. – The best thing to compare this to is photography-anyone can buy a nice camera at the store now and call themselves a “photographer”, but a TRUE photographer knows how to use the tool, use elements of the scene in artistic ways, and has the proper skills to provide you with a piece of photographic art that you can appreciate.

When searching for the proper entertainer for an event, be wary of claims they may have on their site. A common deception I am seeing lately is the “Stretching the truth” approach; Magicians making claims about their accolades that simply don’t exist. For example- I saw one magician recently who had advertised he performed in Vegas, because he thought it made his services more desirable. A real world booking is far different than a captive audience or impromptu performance. In reality, this particular magician had NEVER been officially booked to perform in Vegas. Instead, he was vacationing there and decided to do a card trick for a random person on the street so he could technically say “I performed in Las Vegas”. This deception is slick and false advertising designed to make the entertainer seem more accomplished, and it happens ALL THE TIME. Another great example that is used quite often is “Performs internationally” , when in reality, they were never BOOKED abroad, but instead, just did some sleight of hand for a kid on the way through the airport while on vacation or traveling for a mission trip.

Another flag to be cautious with is the term “Award Winning”. Some awards in the magic community are definitely worth advertising and deserve applause, while others…not so much. Magicians have competitions where they are awarded based on their skills when pitted against other magicians. These awards are sometimes local, national, or even internationally awarded. These are deserving of boasting. But simply using the umbrella term “Award winning” on advertising without being able to provide specifics is sketchy.  “Award winning” can also mean that the individual received a trophy at the local fair’s talent competition, or was simply nominated “Magician of the Year” at their local magicians club (A title which is passed around yearly and doesn’t have too much to do with one’s skills or abilities to entertain).

The last one I want to mention is “Celebrity Performances”. Sometimes Magicians plaster “Performed for [celebrity name here]” all over their advertising. It is wise to ask if they were booked to perform for this celebrity, or if the celebrity just happened to be at an event they were performing at. And furthermore, does it even matter? Why would performing for a popular actor or athlete make any difference at all in the overall show and entertainment this individual can offer YOU? I’ve performed for many celebrities, but I don’t find it necessary to advertise such on my website because it is completely irrelevant to how I can provide YOU with the entertainment YOU need for your event.

NEVER feel afraid to question an entertainer you are interested in booking if you see these claims. Ask who booked them, and what event they performed at when they claim they’ve performed abroad. Ask them what specific awards they have won and how these awards set them apart from any other performer. If they can’t provide you with specific details and reasonable responses, then they are probably lying and misleading you to get the booking.

Everyone is always trying to use sneaky advertising to get the one up on their competition. In all honesty, the best way to get the scoop on a performer’s actual abilities and professional level, is quite simply to ask for recommendations or references of actual people they have worked for. Don’t fall for misleading photos, quotes, and deceptive accolades.